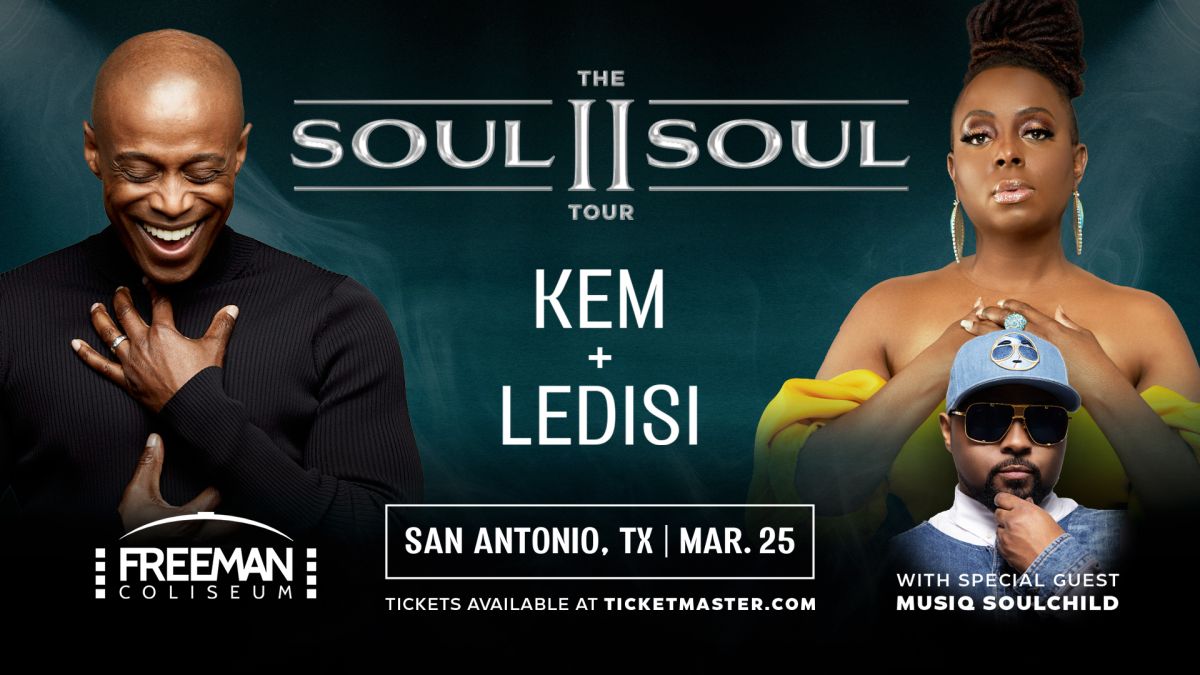 Three-time GRAMMY®-nominated and Multi-Platinum singer and songwriter KEM ascended from the deep grasp of addiction and homelessness on the streets of Detroit to find himself among the legendary icons etched atop Motown’s marquee of music history. KEM’s redemptive, hook-laden music – a deft fusion of rhythm & blues, soul, and jazz – sparkles beneath his distinctively transfixing vocals. Treasured as one of the redefining voices of contemporary music, he has been compared to renowned artists such as Sam Cooke, Otis Redding, and Marvin Gaye.

2021 Grammy winner, Ledisi is a twelve-time Grammy nominated powerhouse vocalist with a career spanning almost two decades. Since arriving on the scene in the late 1990’s, she's garnered three Soul Train Music awards, an NAACP Theater Award, and six NAACP Image Award nominations. Most recently, Ledisi received two LA Alliance Ovation Award nominations one for Best Featured Actress in a Musical. Born in New Orleans and raised in Oakland, CA, Ledisi has wowed fans with her unparalleled vocals ever since she burst onto the scene. She has truly earned a place in the pantheon of the greatest singers of her generation. Ledisi is a favorite of The Obamas and a long list of icons including the late-Prince, Patti LaBelle, Smokey Robinson, Stevie Wonder, Chaka Khan and so many more. She has headlined two nationally sold-out tours, performed alongside Dave Matthews, Kelly Clarkson, Vince Gill and Maxwell as well as jazz greats Herbie Hancock and Patti Austin.