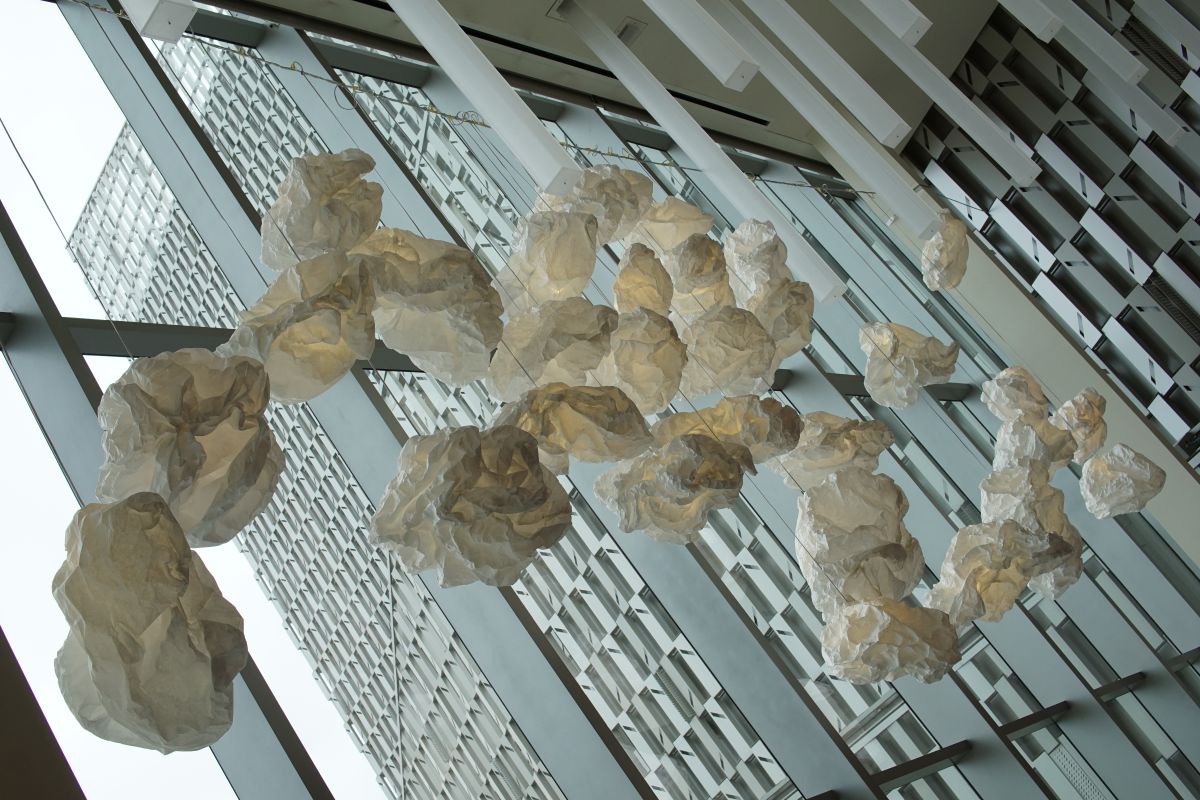 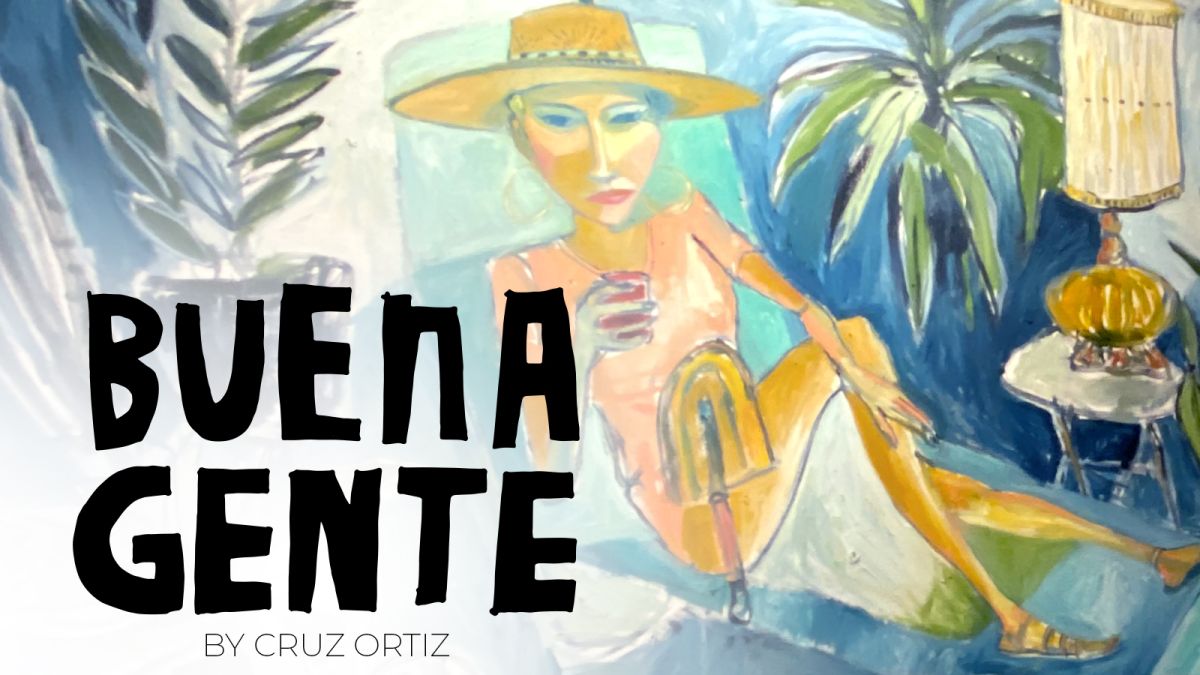 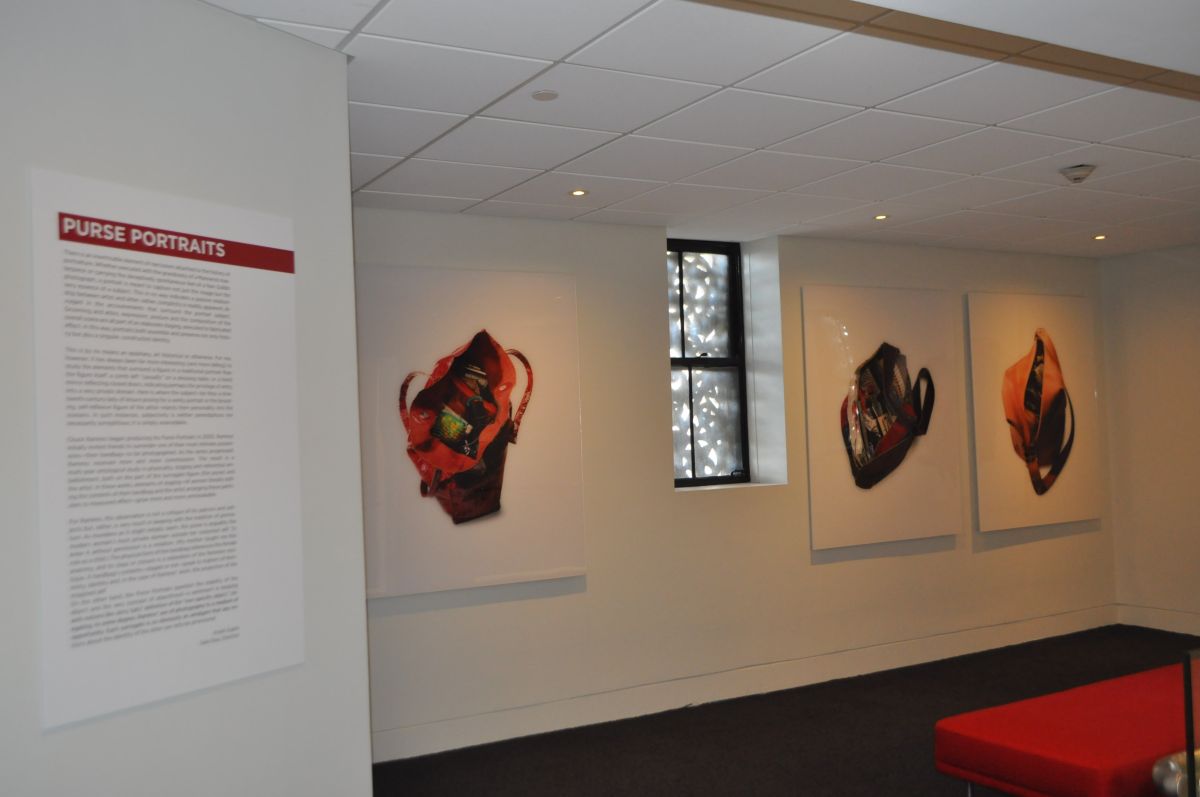 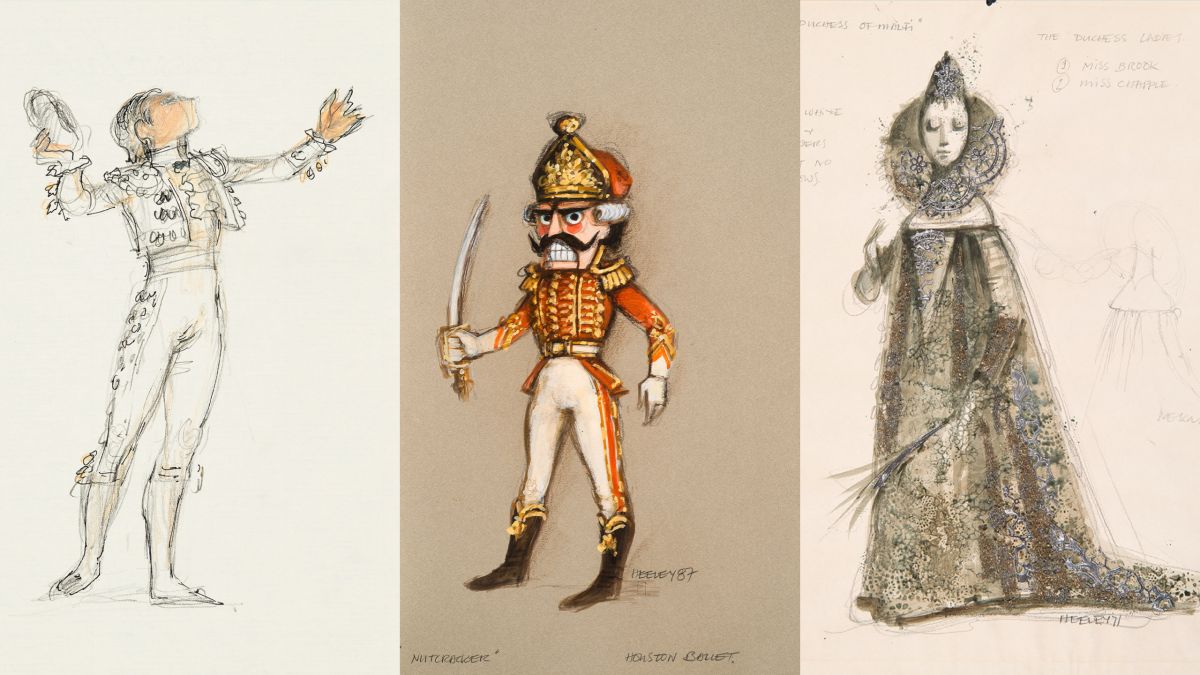 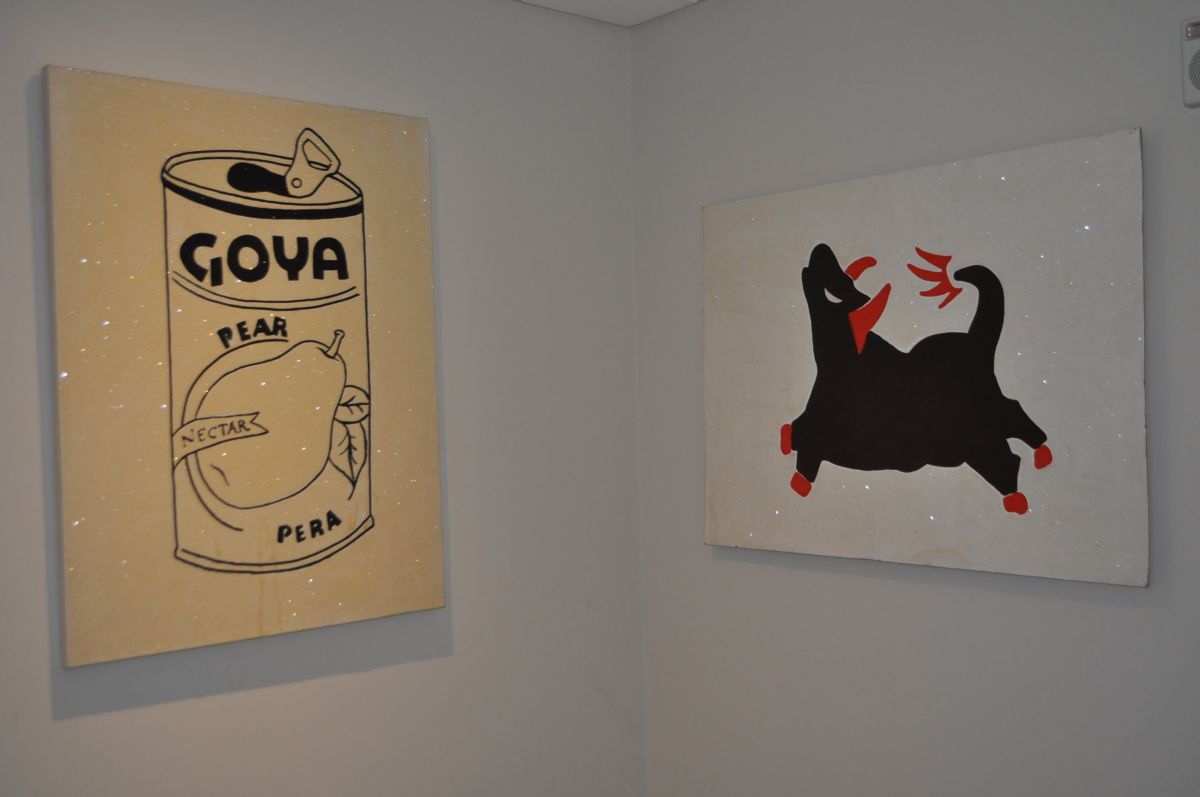 The Art Initiative at The Tobin Center

Providing a platform where San Antonio’s visual arts are spotlighted in a world-class venue, The Tobin Center introduces The Art Initiative. Aligning performance art with visual art, The Art Initiative will enrich and enhance guests’ experiences, providing moments of great discovery and opportunities to explore performance art's technical layers. Set in a hub of consistent cultural activity, The Art Initiative will connect with community partners to introduce Tobin guests to local artists working at a nationally and internationally recognized level of achievement.

Enhancing performances being presented by The Tobin Center and its resident companies, The Art Initiative includes support from the McNay Art Museum, presenting original scene and costume designs from its own Tobin Collection of Theatre Arts connecting to select performances. Founded by San Antonio native and philanthropist Robert L. B. Tobin, the McNay’s Theatre Arts Collection is internationally renowned for preserving and exhibiting original theatre designs in an art-museum context.

The Art Initiative recently partnered with AIA San Antonio and the city’s Department of Art and Culture to host PAPER CLOUD, a project conceived and executed by San Antonio artists Cade Bradshaw and Stuart Allen of BRIDGE PROJECTS. Fabricated with bond paper, wire, LED tape light, and lots of staples, PAPER CLOUD is a collaborative endeavor constructed by more than 90 individuals over the course of nine workshops. Building on the strength found in numbers, the group’s collective effort yields a result greater than the sum of its parts. PAPER CLOUD will be on display at The Tobin Center through the end of this year.

Buena Gente is a collection of portraits by San Antonio’s Cruz Ortiz representing community and celebrating moments of collective memory. The Tobin Center is honored to have the opportunity to share these exciting works in the Lower Lobby of the H-E-B Performance Hall.  Set in a hub of consistent cultural activity, The Art Initiative connects with community partners to introduce Tobin guests to San Antonio-based artists working at a nationally and internationally recognized level of achievement.

Selected works courtesy of the artist

San Antonio-based artists are everywhere! Explore The Tobin Center and discover the face of contemporary art throughout. Ramin Samandari’s portrait project is an assemblage of artists and art supporters collected over a two-year period. Samadari offered an open invitation to his studio, where he captured the face of our vibrant city from 2016-2017.

THIS IS US, THIS IS WHO WE ARE.

An Art Initiative of the Tobin Center for the Performing Arts partnered with the City of San Antonio and Culture Commons at Plaza De Almas.

A celebrated designer whose sets and costumes activated stages at the Met, the Stratford Festival, and the Houston Ballet, Desmond Heeley was a master of innovation with an eye for beauty and grandeur. Throughout his long, successful career, Heeley was skilled in using found objects and mundane materials to create opulent costumes and sets. His creations were meticulously designed with the audience’s perspective in mind; lush, painterly sets and sculptural costumes dazzled from afar and impressed up-close. At the Tobin Center for Performing Arts, audiences can enjoy the spectrum of Heeley’s artistic process: four of his designs for La Traviata, originally commissioned by the Lyric Opera of Chicago in 1993, are on view, illustrating the transformation of design components to fleshed-out costumes. The final products, the sets, and costumes for OPERA San Antonio’s production of La Traviata fully indicate Heeley’s mastery of design for the stage.

Heeley was born in London in 1931 and grew up near Stratford-upon-Avon, fittingly the birthplace of Shakespeare. Enthralled by moving props in theater productions as a child, Heeley developed an early interest in design. While working with the Shakespeare Memorial Theater (now the Royal Shakespeare Company), he developed an aptitude for quickly improvising props, sculptures, and costumes. Heeley developed working relationships with designer Tanya Moiseiwitsch and director Tyrone Guthrie, with whom he would later collaborate at the Stratford Festival in Ontario and the Guthrie Theater in Minneapolis, respectively.

Heeley was instrumental in organizing the Stratford Festival, designing for nearly 40 productions beginning in 1957 with Hamlet, starring Christopher Plummer, and concluding with The Importance of Being Earnest in 2009. Although not as detailed as some of his later work, Heeley’s design for Hamlet’s eponymous protagonist features fabric swatches and insightful, at times humorous notes that would become hallmarks in his work. “Should look messy.” reads another note in a 1965 Stratford design for William Hutt as Justice Shallow in Henry IV. Bits of metallic thread and plastic doily remnants are placeholders for metallic details in the dress of a Duchess’ Lady in The Duchess of Malfi.

Heeley's speed and improvisation could design and fabricate designs that were never associated with carelessness or a lack of attention to detail. A costume design for Roxanne in the Guthrie Theater’s 1971 production of Cyrano de Bergerac features fabric swatches whose colors are nearly indistinguishable from the hues Heeley used in the rendering itself. Another Guthrie design for a 1972 production of Oedipus presents Jocasta clothed in an assortment of intricate, discernible patterns, fabrics, and embellishments but is composed in a completely monochrome palette of graphite and gouache.

Heeley won three Tony Awards, two in 1968 for costumes and sets for Rosencrantz and Guildenstern are Dead, Tom Stoppard’s absurdist spin on Hamlet. This was the first time someone won both design awards for the same production. Heeley’s talents were notably exhibited in 1987 in one of his signature productions: The Nutcracker. Produced by the Houston Ballet, Heeley’s storybook scenery and striking costumes masterfully captured the magic of Tchaikovsky’s holiday ballet. Brandishing a sword and donning a helmet, one mouse rides another into battle with the toy soldiers in one of Heeley’s whimsical designs for the production. In opposition to the mice, the Nutcracker brandishes his own sword in a grand military costume.

Robert L.B. Tobin was an important theatre patron and a visionary theatre collector who appreciated the artistic and documentary importance of scene and costume designs. His collection, which includes preliminary sketches, presentation drawings, and maquettes, comprises the core of the Tobin Collection of Theatre Arts at the McNay Art Museum.

Heeley maintained a relationship with the arts in Texas and delivered a Distinguished Lecture at the McNay in 2002. He had a great appreciation for Robert L. B. Tobin, recalling fondly his “fascination [with] how things were made and the journey from the drawing to how [the design] was realized.” It was no surprise then that Heeley received the Robert L.B. Tobin Award in 2013, presented by the Theatre Development Fund. Mel Weingart, President of The Tobin Theatre Arts Fund, is intent on honoring Robert Tobin’s friendship with Desmond Heeley and his enthusiasm for his designs, remarking that “The Tobin Theatre Arts Fund is very pleased to be collaborating with OPERA San Antonio, the Tobin Center for the Performing Arts, and the McNay Art Museum in this exhibition.”

It is the Tobin Center’s honor to carry on the spirit of Desmond Heeley’s innovation for old and new audiences by partnering with the McNay and OPERA San Antonio to showcase these designs.

Selected Purse Portraits courtesy of Ruiz-Healy Art, the exclusive representative of the Estate of Chuck Ramirez

Chuck Ramirez (1962-2010), one of San Antonio’s most beloved artists, was a major force in the San Antonio art community before his untimely death in a 2010 cycling accident. A 2002 Artpace resident, Ramirez’ work has been exhibited nationally and internationally. As an artist and graphic designer, Ramirez employed the visual and conceptual techniques found in contemporary advertising and package design, isolating and re-contextualizing familiar objects to explore cultural identity, mortality, and consumerism through his photographs and installations. In 2012, The Smithsonian American Art Museum purchased Ramirez’ limited edition large-format photograph, Seven Days: Breakfast Tacos, for the institution’s permanent collection. The work is currently included in the traveling exhibition Our America: The Latino Presence in American Art.

Based in New York City, Alejandro Diaz is originally from San Antonio, TX, where he developed an exciting and pertinent body of work exemplifying the complex and visually rich cultural milieu particular to South Texas and Mexico. Diaz’s work has been reviewed in publications such as the New Yorker, The New York Times, Art in America, the LA Times, Flash Art, Vogue Mexico, Artforum, and Frieze. His work is in the collections of the Smithsonian Museum of Art, LACMA, El Museo del Barrio, NY, Scottsdale Museum of Contemporary Art, Fundación Jumex, and The RISD Museum of Art.

Theatre art director, painter, and ballet librettist who, with Léon Bakst and Serge Diaghilev, co-founded the influential magazine Mir iskusstva (“World of Art”), from which sprang the Diaghilev Ballets Russes.

Benois aspired to achieve a synthesis of new western European trends and certain elements of traditional Russian folk art; Mir iskusstva, established in 1899 in St. Petersburg, attacked the low artistic standards of the realist Peredvezh- niki Society, the deadening influence of the Russian Academy, and stressed individualism and artistic personality. The magazine, which he co-edited until 1904, soon exerted great influence on stage design.

Benois began his career (c. 1901) at the Mariinsky Theatre, St. Petersburg, as scenic designer for the ballets Sylvia and Cupid’s Revenge. When the Di- aghilev Ballets Russes opened in 1909, Benois designed decor and costumes for Les Sylphides (1909), Giselle (1910), and Petrushka (1911), among others, on which he collaborated with Igor Stravinsky. Benois’s collaboration with Stravinsky and Michel Fokine presented some of the greatest dance dramas in history and helped found modern ballet.

Courtesy of the McNay Art Museum

This Exhibition is organized by the McNay Art Museum and is a program of the Tobin Theatre Arts Fund.

To enhance performances by resident companies of the Tobin Center for the Performing Arts, the McNay Art Museum is pleased to exhibit original scene and costume designs from its own Tobin Collection of Theatre Arts. Founded by San Antonio native and philanthropist Robert L. B. Tobin, the McNay's theatre arts collection is internationally renowned for preserving and exhibiting original theatre designs in an art-museum context.

Macbeth and Giselle, respectively presented by Opera San Antonio and Ballet San Antonio, with music by Giuseppe Verdi and Adolphe Adam, are also featured in McNay's fall 2017 theatre arts exhibition. Titled Stage Frights: Madness, Monsters, Mayhem, the exhibition explores what happens when a theatre's house goes dark, and imagination rules the stage.  The Witches, who prophesy Macbeth's rise and fall, and the Wilis, who dance young men to death in Giselle, are just some of the fantastic creatures who entice Museum visitors of all ages.

In conjunction with Opera San Antonio's The Barber of Seville, performance guests explored the works of internationally acclaimed set designer John Conklin who designed the set of this production of Rossini's The Barber of Seville, Originated at the Glimmerglass Opera Festival. Courtesy of the McNay Art Museum, the display at The Tobin Center included various works from Conklin, who has designed productions for the Metropolitan Opera, Lyric Opera of Chicago, English National Opera, and Bastille Opera in Paris.

To tour the exhibits of The Art Initiative at The Tobin Center, outside of the hours of ticketed events, please contact Rick Frederick.