Ahead of his Tobin Center show, singer-songwriter Joshua Radin talks about connections that matter 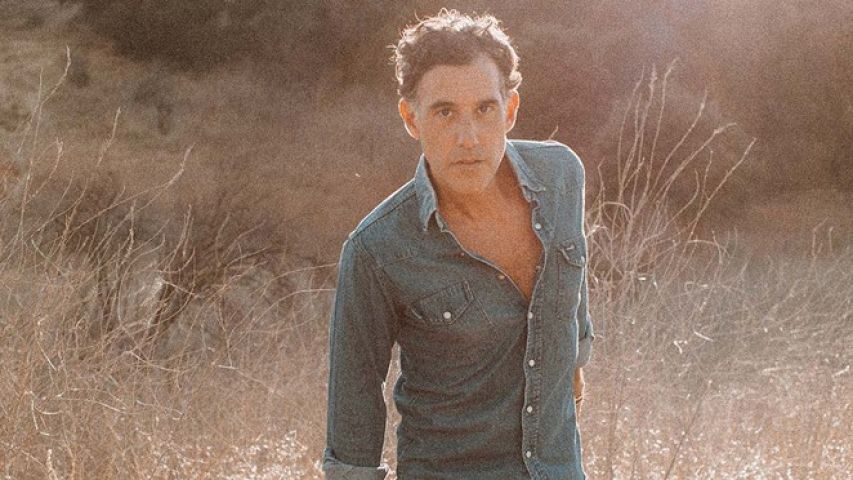 Lots of singer-songwriters follow rules. Many seem to feel they’re required to be heart-on-sleeve romantics who hopelessly long to forge that connection.

“I’ve had a terrible problem with letting people in my entire life,” confessed Radin, who’s touring behind his ninth and latest album, The Ghost And The Wall, which has drawn positive reviews for its gentle melodies and earnest introspection.

Radin, who spoke to the Current via Zoom from his LA home on a cold and rainy day, is a certified introvert when not performing in front of a crowd.

“It’s a switch that you flip right before you walk on stage,” he said. “It’s a constant search for connection with the world and one person.”

To be sure, Radin isn’t the kind of songwriter who yearns for that perfect love, just out of reach. Even though he’s hit middle age, he has no plans to enter a long-term partnership or marry. Not until he’s fully self-realized — and he has no idea when that might be.

From screenplays to songs

Even so, life thrives on connections. Case in point: Radin got his big break via a friendship with Scrubs star Zach Braff.

The pair met in college, though their bond strengthened after graduation, “when we were both writing screenplays and we would give each other notes on our scripts,” the singer explained. “He got Scrubs and his whole life changed.”

At the time, Radin was cranking out scripts as a commercial enterprise rather than creating art for its own sake.

“I was always seeking out an audience, trying to make something happen,” he said.
Despite that early interest film, music evolved into Radin’s artistic outlet. He picked up a guitar and learned a few chords. One day, Braff was at his home, saw the guitar and asked to hear a song. At that point Radin had written a grand total of one: “Winter.”

After some arm twisting from Braff, Radin played his tune. The actor was so moved he included it on an episode of Scrubs. Fans of the show loved it, and the rest is history.
“I wrote honestly, not thinking ‘Will this song be on a show?’” Radin said.

Since then, Radin has stuck with that approach.

While producer Jonathan Wilson (Father John Misty, Conor Oberst) lent The Ghost And The Wall a more expansive sound thanks to his instrumental additions, Radin will keep things stripped down for his San Antonio appearance. At the Tobin, he’ll be accompanied only by Danny Black on guitar and backing vocals.

“I have this cult following that I’m so grateful for,” he said. “I’ve never had a hit. If I was to ask my audience, person by person, ‘What song do you want to hear me play right now?’ there’d be 30 or 40 songs in each row.”

As time ebbs on, the music world loses more and more iconic performers. This creates opportunities for collaboration that might not have existed 10 years ago. John Mayer — whose balladry is at least superficially similar to Radin’s — joined forces with surviving members of the Grateful Dead in Dead & Co., for example.

What band would Radin join and connect with, if offered an opportunity?

At first the singer demurred. But under threat of hypothetical bodily harm, he finally answered: “I’d love to fill in for Garfunkel and just do a duo with Paul Simon, sing harmonies for an entire show. Or I’d love to be Levon Helm in The Band.”

No, Radin may not be searching for the connection, but it’s still making a connection that counts.

“I’m about questions, not answers,” he said.

Get our top picks for the best events in San Antonio every Thursday morning. Sign up for our Events Newsletter.